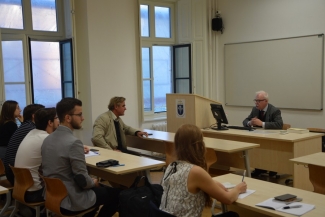 Paul Shore, adjunct professor of the University of Regina in Canada, gave a lecture on 15 October 2018 at the Pázmány Péter Catholic University. The event was organised by the Fraknói Research Group.

In his lecture "Two Hungarian Jesuits and the Qur'an: Understanding, Misunderstanding, and Polemic", he presented the roles of two Hungarian jesuits, namely István Szántó and Péter Pázmány, in the religious debate between catholicism and islam.