Presentation of the series Publikationen der Ungarischen Gesichtsforschung in Wien 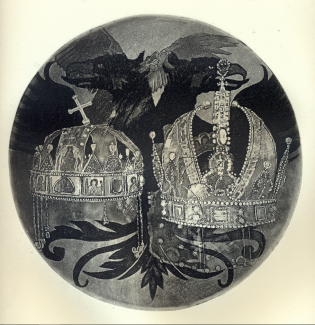 The presentation of the „Publikationen der Ungarischen Gesichtsforschung in Wien” (PUGW) series took place on the 25th May 2018 in the Council-chamber of the MTA BTK TTI (Hungarian Academy of Sciences, Research Centre for the Humanities, Institute of History). The PUGW is the alter idem of the Collectanea Vaticana Hungariae series that started in 2004, five years earlier than this series.

The presentation of the fifteen volumes which were published under the series started with Pál Fodor's (director of MTA BTK) speech, in which he praised the effort of publishing the Hungarian historical accomplishments for foreign readers.

István Fazekas, associate professor at ELTE BTK, explained the motives and the goal of the series, which delivered it's first volume in 2009. Similar to the Collectanea Vaticana Hungariae, which started in 2004 by Péter Tusor and contributes to the Hungarian research in the Vatican, the series is responsible for the supporting and publishing of projects and results related to Hungarian research in Vienna. The typographical similarities between the two series are obvious, and the first, third and fourth volume were made by the same editorship. In addition, the eighth volume was made with the support of the Lendület-programme, and it contains Vatican-related material as well.

Csaba Szabó, director of MNL (Hungarian States Archives) praised the series for giving an opportunity to young researchers to publish their first foreign language publications. He also had high hopes towards the idea of the cultural policy supporting these projects.

Iván Bertényi Jr, director of the Hungarian Historical Institute of Vienna, talked about the upcoming volumes within the series and the challenges which come from the distribution of the issues.

The series and all it's volumes can be accessed through the webpage of the MTA BTK TTI here.