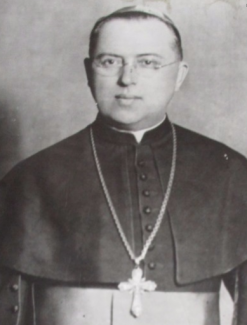 On behalf of the Fraknói Research Group, Balázs Rétfalvi and György Sági gave lectures at the conference "Misericordias Domini in aeternum cantabo", which was organised on 27 November 2017, the 50th year anniversary of the death of József Pétery, bishop of Vác (1942–1967). The chairman of the first section was Péter Tusor.

György Sági, external member of the Fraknói Research Group compared the images of the bishop found in the contemporary press and memoirs of certain persons, which show a determined, empathic character. Balázs Rétfalvi, research assistant fellow of the already transformed Lendület project described and analysed the speeches which the bishop gave at conferences, and he concluded that the bishop not just played an active role at those, but he also had a unique view which was different from the archbishop's.